Creativity is a Remix 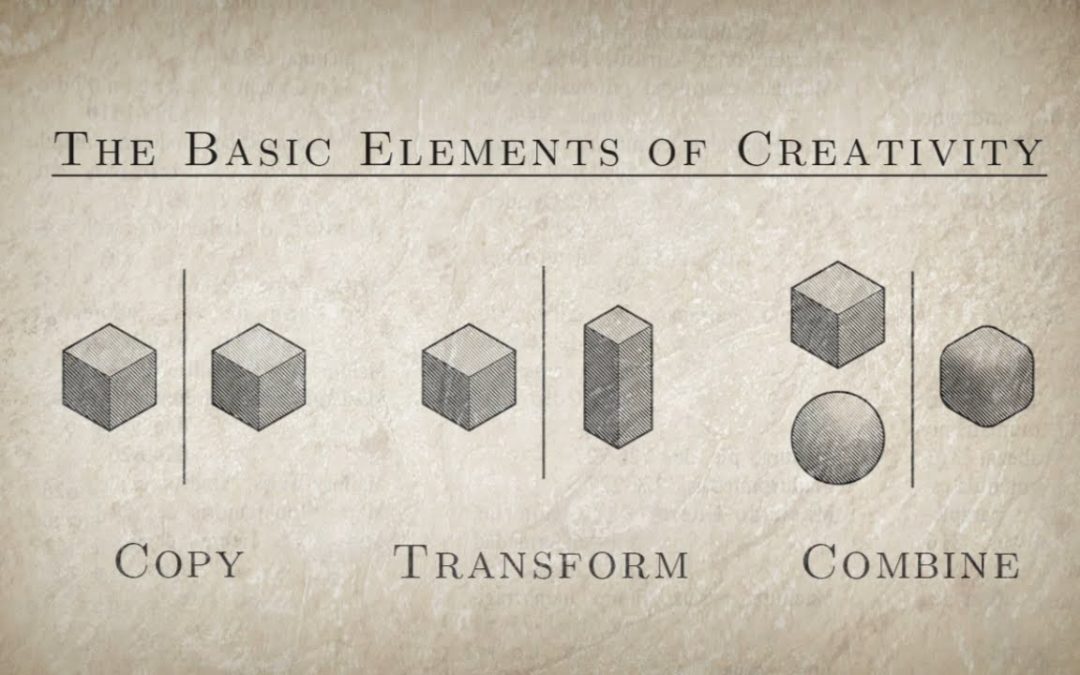 I had the great fortune, recently to stumble across a documentary that has changed and really affirmed how I look at creativity and maybe even how I might define a creative genius.

This documentary is called “Everything is a Remix”, and is essentially an expose on the truth of where creativity, genius and invention come from. Something we’ve all suspected, but never really researched. How many of you have heard a new song and said to yourself, “I swear I’ve heard this before”; After looking it up, you find side by side Youtube Video comparisons with previously released songs and lawsuits from other artists claiming that their versions were sampled. In this doc, you see a compelling and convincing take on how new ideas, music and the arts are just a combination of copying, combining and transforming – that no idea is a new idea; That innovation is truly not dependent on one man/woman’s genius (as is so often portrayed in the likes of Bill Gates and Steve jobs), but rather is based on the contributions and ideas of many.

In truth, I subconsciously learned this when I first started Sevens Creative. It’s so easy to have lofty ideas and want to re-invent the wheel. I had to learned over time that greater success came from combining things I liked, I knew worked and the client supplied me with, and just adding my knowledge to make improvements and my creativity to add personality. Not only was it a win for me, as I instinctively learned the right way to do things which made my work easier, but my client won in money spent to get the look they wanted and functionality they needed.

As a result of watching this series, I no longer beat myself up for not “reinventing the wheel”. There is a lot of pressure in the creative mindset to be new and different, but a look at art – any art, will have you realizing that the truly creative geniuses found ways to present emotions, scenes, ideas, and ideologies that we all share in different ways that were built from old and contribute to the new everyday.

I definitely recommend this series. Even if you are not a creative, the examples and comparisons alone of film and music “copying” are fun and interesting. On a final note, there is a great argument against copyrighting, patenting and ownership of ideas. I mean if no idea is new, and innovation is dependent on the sharing and collaboration of ideas and talents, doesn’t that mean those laws are  ineffective?

Everything is a Remix is produced by Kirby Ferguson, a New York-based filmmaker.I thought I’d start with his TED talk. Its a great introduction to the idea, and he makes some great points.

Here is video 1 from the series:

Everything is a Remix Part 1 from Kirby Ferguson on Vimeo.

Thanks for letting me share. You can find out more about me and Sevens Creative. here.